- added a bar to indicate the FFB in the Inputgraphic

- The new colour system for the classes

- "Scroll Classes" is now not enabled by default

- Following the last update, some instability problems have been resolved

- Moved the plugin to the installation folder

- Added the possibility to consider all cars as a "Single Class"

- Updated the Fuel Calculator to the latest specifications [Team Version]

- Increased the number of selectable classes

- Now the opacity of the windows is changed to the selected window.

There is no need to upgrade. The news is already within your systems

- Lightened and speeded up the data sending system to the graphics

- Fixed the problem of wrong tires

- Revisited the graphics for the race infos (BroadCast Version)

- Fixed the problem with the plugin update

- Updated the communication plugin with rFactor 2

- Changed the code for a faster and lighter execution

IN CASE OF PROBLEMS, DOWNLOAD Setup.exe from the site

- Small fix to correct the name of the tires

- Added the ability to show logos in all themes (Broadcast Version)

- Added the ability to activate a HUDCOVER to hide the data visible in the game. (It is possible to modify the PNG image present in the hudcover folder. The name of image must be hudcover.png) (Team version)

- Fixed an issue showing NaN as a value (Broadcast Version)

- Eliminated code to make the app leaner and faster - Code completely rewritten to further optimize the effort of the CPU and GPU.

- Fixed several issues affecting the rankings of both versions

- Made the DriverInput system much more fluid

- All widgets can now run on different devices [Team Version]

- Fixed the WarmUp shown as Qualification [Broadcast and Team Version]

- Design Tool is now available! (This is a first version, new features will be added in future versions) [Broadcast Version]

- Added 4Laps Speed AVG calculation for Indy/Nascar Layout(this function is a first attempt. There may be calculation errors)

- Many change in Relative window

- From now is possibile to select opacity of Relative window.

- Added the name of the driver who is currently driving, for easier identification [Team Version]

- Starting Light Added to Both Version

- Timer can be customize with Lap, Session and Time remaining [Broadcast Version]

- From now it is possible to hide the standing [Broadcast Version]

- Added session in timer (can be hide via app) [Broadcast Version]

- Fixed the download of right hud for Team version

The Broadcast version is aimed at all those who perform streaming.

There are many differences compared to the Team Version HUD and it has been designed for easy use.

Many features will be included in future releases 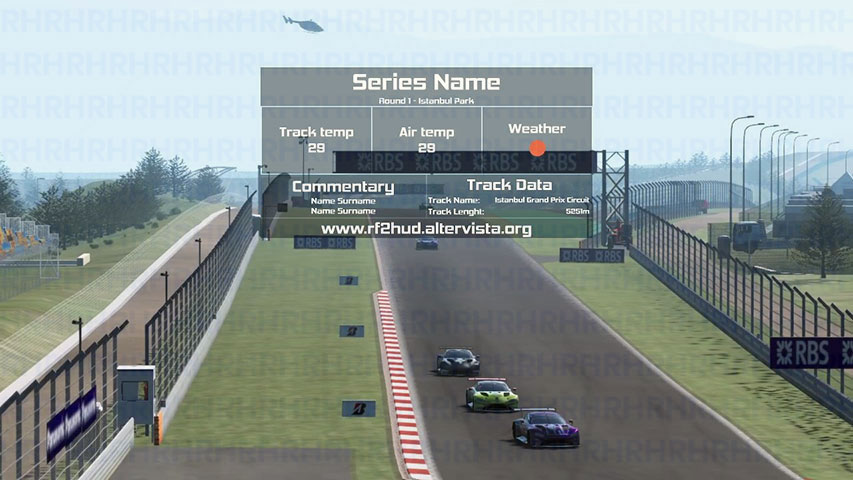 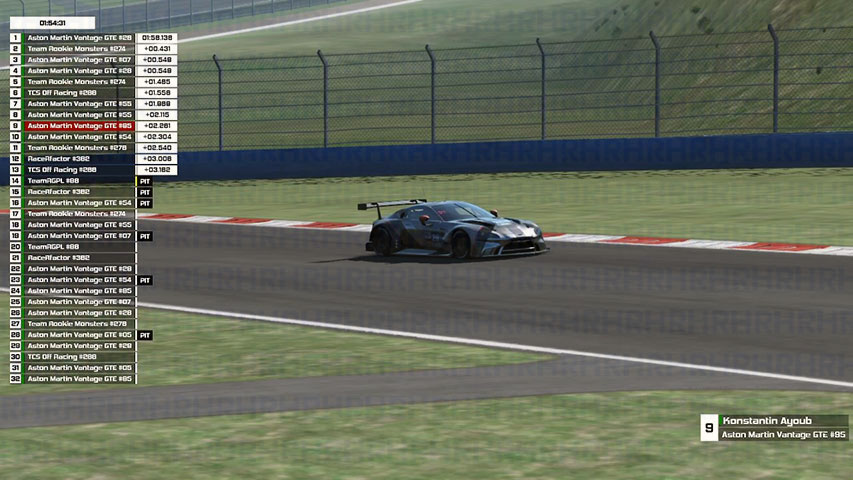 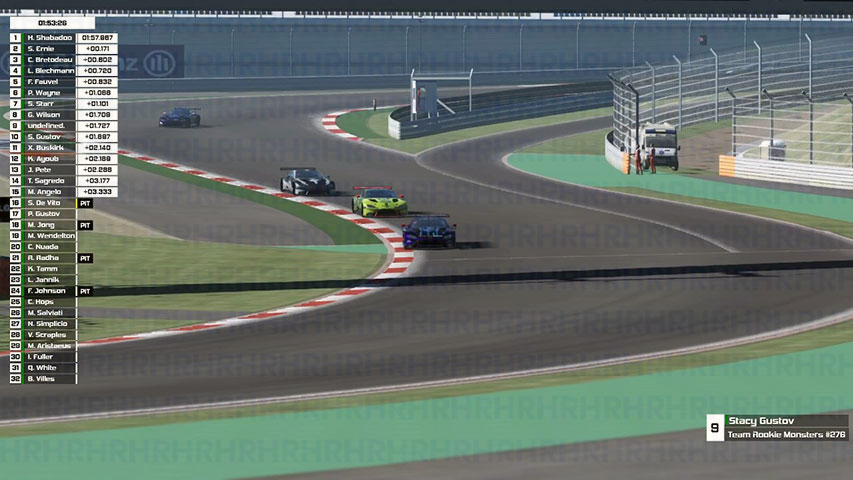 - A massive new job on stability and the reduction of the use of PC resources. Now only 39MB of Ram are used compared to 65MB of the previous version.

- Added tire information in the HUD

Any suggestions are welcome.

Thanks to all Beta testers for their great work

- A update message now will be display before start update

- Changed the update frequency of the HUD.